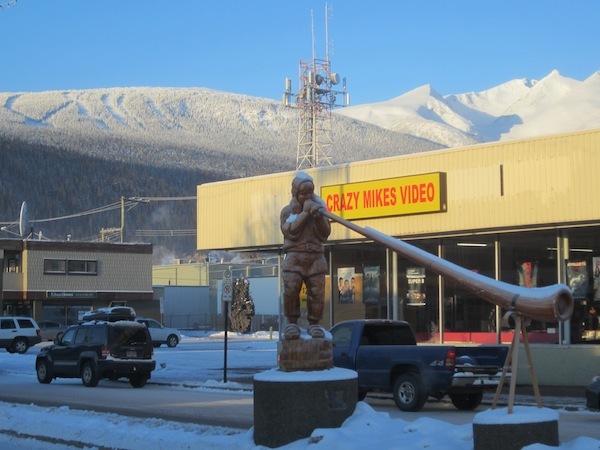 The congregation of Smithers Baptist Church was founded in 1961. The present building was erected in 1966

In November of 1958, Bruce Mateika and his wife Helen began a tent making ministry in Smithers at the request of the BC Regular Baptist Home Missions. In the 1960's, they had a Sunday School of over 100 students. At one time, the evening service was broadcast from the rented Elk's hall in which the church met. The church ran several camps at Tyee Lake, 'nameless lake' and at Topley Landing. At this time, people from the Smithers Church helped plant the Baptist Church in Houston. The church at this time was a melting pot of believers from various church backgrounds as is common in small towns

In the years that followed, Bob Roth, Robert Plant, and Henry Ford (mid 70's) gave solid leadership to the work. During this time, the church began its association with Camp Driftwood. Church and camp prospered together in the 70's and 80's.The Evangelical Free Church started in town at this time and some families left to join it

Ken McNaughton led the congregation in the early 1980's. A small group program flourished at that time. Church attendance reached 140. Problems with perceptions of cliques and control issues seemed to undermine the work. Discussion of building expansion occurred at this time, but people could not come to agreement. During this time, an Alliance Church was started in Smithers

Mark Kennedy had a healing ministry in the church. At this time, a teen's work under the leadership of Bond family occurred in Smithers and flourished until they left Smithers

Todd and Karen Chapman brought enthusiasm and energy to the church. Todd was involved in the community in soccer. Karen had 40-50 kids in her church program. At this time, there was a Moms and Tots program which drew many moms. The church was involved in the local Fall Fair parade and many people enjoyed this

Building expansion was revisited during Todd's ministry. The committee determined that expansion at this site would be too expensive because more land must be purchased for parking and handicap modifications required for the church

In the 80's, Northern Association support for Camp Driftwood dwindled. Camp business became too much for a small church. The church was defining itself apart from the camp

Will and Rhea Corbett came in early 2007. A highlight of their first year was the 'Just walk across the room' campaign and 6 small groups were started. Following 4 years of ministry, Will and Rhea left in August 2011

Chris Kibble came initially as interim pastor in January 2012, and became pastor in the same year. After leading the congregation through some significant changes, he retired in March 2016

Warren Trenholm came to serve as interim pastor in April 2016